The “husbando genshin impact tier list” is a ranking of the 10 best husbandos in Genshin Impact. The rankings are based on the amount of time spent playing, number of hours played, and player rating. 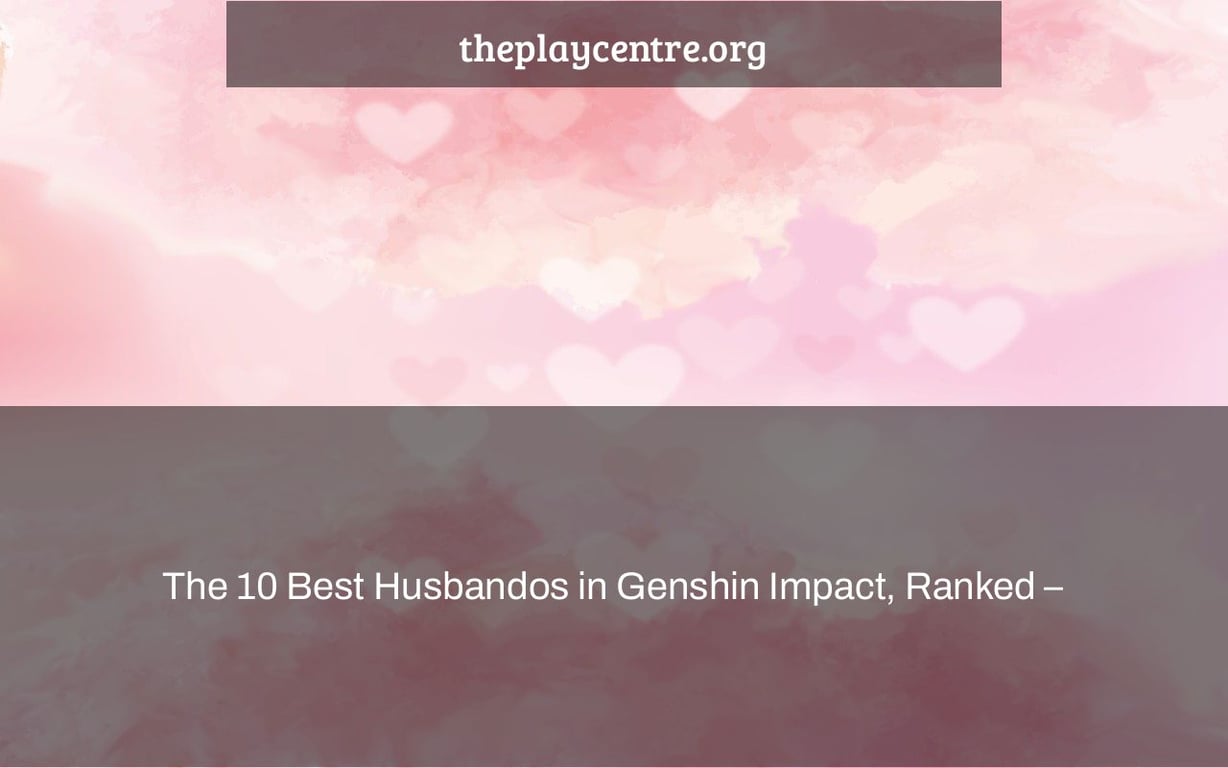 In terms of cultural effect, Genshin’s ascent to prominence was one of the most exciting gaming events of 2020, second only to the release of Animal Crossing: New Horizons.

By making it free-to-play and accessible on all platforms, including smartphones, the game placed the dreamlike exploration and breathtaking visuals of games like Breath of the Wild in the hands of everyone.

Even still, it’s fair to assume that most people wouldn’t have given Genshin Impact a chance if it weren’t for its attractive ensemble of fighters.

Without a doubt, the game is about its characters, and despite their small number, the male cast has won many hearts.

Have they taken yours as well?

Bennet is one of those individuals that is always up for a new adventure.

He’ll be beaten to a pulp by a strange water ghost and then reappear in the ring seconds later, using his incredible Elemental Skill to heal his allies before being knocked out again.

Regrettably, Bennet does not have many companions who are eager to join him on his adventures.

Misfortune seems to afflict everyone who does – including himself – and even his mending ability isn’t enough to make up for it.

Will you be the one to take this sweet boy on the journey of a lifetime?

If there’s one thing I’ve learned from seeing all of the Twilight films, it’s that people like werewolves.

People like Jacob, for example, and he’s a creep…

Razor, on the other hand, isn’t a werewolf (or a creep). He was, however, reared by wolves in an area known as Wolvendom.

He possesses the ferocity of a hunter’s spirit and the urge to protect his pack, which includes the Traveler.

Because he was abandoned as a child, it may take some time to gain his confidence – particularly because you’ll have to go to the wilderness.

But if you do, you’ll have the most steadfast ally you could hope for.

If you’re a fan of the chilly cerebral type, keep an eye out for Albedo.

This enigmatic alchemist is fascinated with discovering the truth, and he’s taken a keen interest in learning all there is to know about Teyvat.

As Chief Alchemist and Captain of the Investigation Team for the Knights of Favonius, his unflinching commitment serves him well. Others, though, dread him because of his seclusion.

Klee, on the other hand, seemed to adore him. Sucrose, his helper, would go to any length for him.

Those who are closest to him recognize something special in Albedo.

Is it just Kaeya, or is it getting hot in here?

Kaeya is one of the prettiest males in Genshin Impact, despite the fact that he is a Cryo character with Ice-based skills.

His bare chest, long hair, and black eyepatch give him a seductive pirate aura, which he knows how to exploit.

He’s a little odd and extremely secretive, which just adds to his appeal as a husbando.

People, like me, are enthralled by the prospect of a clever knight with a mystery history.

A free-spirited bard with feminine characteristics who has grown in popularity among specific populations.

It took me a long to realize Venti was a man when I first began playing Genshin Impact. As he plays his lute, he is so graceful and delicate… Characters in anime aren’t noted for having distinguishing masculine or female traits.

He’s intriguing because of his ambiguous character.

And the more you learn about him, the more shocks you’ll find.

You’ll have the talk of a lifetime if you get him a few bottles of the best Dandelion Wine.

Xiao, also known as the Vigilant Yaksha, is one of the few surviving adepti who has been defending Liyue from bad spirits since the beginning of time.

Throughout his 2000+ years of existence, this muscular warrior has endured tremendous agony, first as a slave to an evil deity, then as a dedicated fighter who has seen his brothers-in-arms perish.

Any therapist would tell you that Xiao is in desperate need of affection and connection.

But, because of the barriers he’s erected around himself, this is difficult to do.

You don’t have a self-preservation instinct if an eternal fighter known as the Conqueror of Demons doesn’t terrify you. Still, you could be the one to break through to Xiao’s hardened heart.

A desire and aptitude to address issues as they emerge is what you should always seek for in a guy, and Thoma is the most resourceful problem-solver Genshin has encountered so far.

His easygoing attitude allows him to become close to others and understand their problems, making him very adept at resolving interpersonal disputes.

Thoma is also renowned for his loyalty, which might be an issue if you get on the wrong side of the Kamisato Clan.

Thoma, on the other hand, I’m certain would find a peaceful solution.

Snezhnaya is a mysterious and dangerous place.

They have better technology, deadly troops known as the Fatui, and obvious malice – but Tartaglia, the dreamy spy with a vicious edge, is their most lethal weapon.

His devotion to the regent is unwavering. However, he seeks risk and tough opponents in his missions to satisfy his need to fight.

He’s a murderer, but he’s also a dependable person.

He can pay your bills, make your supper, and clean your home while still working as an agent for a wicked empire.

That cool, collected demeanor, that impeccable sense of style – and such polearm prowess!

Is there anything about Zhongli that you don’t like?

He’s dashing, sophisticated, and well-versed in the nuances of social interaction.

He’s the kind of person who understands what each fork and spoon at a gourmet supper is for – and that’s just a small part of his knowledge.

What happened to make him so wise?

Well, you’ll have to discover out for yourself by playing the game (no spoilers). For the time being, let’s just say he’s had plenty of opportunity to study.

Cash is the one thing you can’t count on Zhongli for. In fact, he’ll probably depend on you.

This is your opportunity to have a sugar baby (sugar bro?) if you’ve always desired one.

Most folks in Gotham believe Bruce Wayne is a hottie, and I’m sure a number of them fantasize about Batman whisking them away in the middle of the night.

Diluc, Mondstadt’s Batman, is in the same boat.

With the similarity, I’m not exaggerating.

Diluc, who lost his parents when he was young, is the rich owner of Mondstadt’s greatest wine distillery, and he defends the city’s streets in secret under the cover of night.

You may rely on the Darknight Hero to maintain order.

Diluc takes the #1 place in my heart and our rating because I can’t get enough of distressed aristocrats with a golden heart.

Who is the best Husbando in Genshin impact?

A: That is a difficult question.

Who is the strongest character in Genshin impact?

A: There is no single strongest character in Genshin Impact, but if we were to make a list of the top 10 strongest characters it would go like this. 1) Hakufu Sonsaku 2) Tokugawa Ieyasu 3) Oda Nobunaga 4) Amond 5) Azuchi 6​7​8 9 9 10 ) Hijikata Toshizo

Who is the best geo character in Genshin impact?

A: The best geo character in Genshin impact is Geo-Vader because of his speed and close-quarters attacks.